a confident smile in 3 easy steps,
created by experts in Orthodontics

Meet with one of our expert orthodontists for a free consultation. Find out what treatment option is right for you. No referral needed.

get your Invisalign scan or braces same day!

Life can be busy. At docbraces, you can begin your orthodontic treatment on the same day as your initial consultation. Get started on your smile journey today!

Our orthodontic experts and proven treatment methods create beautiful smiles, one patient at a time! 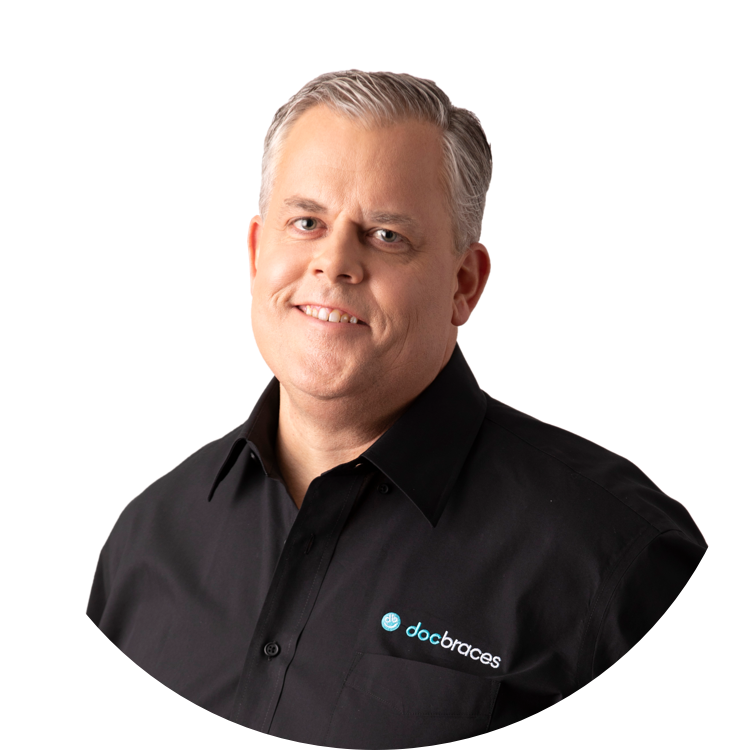 Dr. John McManaman is a co-founder and Chief Orthodontic Officer at docbraces. Dr. McManaman provides leadership to a network of doctors across all of our clinics and oversees the clinical strategy of the organization. A native of Moncton, New Brunswick, Dr. McManaman founded our ‘Original Five’ docbraces locations. His dream of cross-Canada growth is being realized through our network of docbraces clinics from Vancouver Island to Prince Edward Island.

Dr. Papadopoulos is a native of Saint John, NB and earned his Doctor of Dental Surgery degree from Dalhousie University in 2013 and received the Canadian Dental Association’s Student Leader Award. He was then accepted into a general practice residency, with an emphasis in pediatric dentistry, at the University of British Columbia in Vancouver, BC. There, he worked as a dentist at BC Children’s Hospital and throughout the province delivering dental care to patients of all ages, including children with special needs. Subsequently, Dr. Papadopoulos was accepted into the University of Western Ontario’s Graduate Orthodontic program where he earned his Master’s Degree in Orthodontics.

The docbraces Moncton team is excited to welcome you and your loved ones into the docbraces patient family! We know that a smile can change a life, and that’s why we do what we do each and every day! We can’t wait to meet you and learn about your treatment goals and needs.

we love our patients & our community!

docbraces is a proud member of the Moncton community! We work here, we live here, and we play here. The work we do each and every day is important — to our patients and us! Through our orthodontic treatment we build self-esteem in our patients one beautiful smile at a time! Check out some of our recent beautiful smiles